The Ranchers - Shaw to Shaw

This, the third of The Ranchers LPs, was conceived as a tribute to Patrick Shuldham-Shaw two years after his untimely death. All band members knew Pat well, none more so than David to whom Pat was all but a Godfather.
All the Music is composed by Pat and the project is in two parts.
‘Shaw to Listen to.......’ where some of The Ranchers most interesting work is to be found in music to just sit back and enjoy. Listen out for Special Guest appearances by Nan Fleming-Williams and Denis Smith.
‘Shaw to Dance to .....’ showcases six of The Ranchers favourite and most requested dances composed by Pat.

By Clicking the       in front of each track, you will hear a small sample of that track

Round Pond
Written in 1974 after a visit to the American summer camp at Pinewoods near Cape Cod.

Slow but Shaw
This set is so called in memory of Pat’s love and expertise of the pun.

The American Husband or Her Man
This was commissioned by Fried de Metz for her man.

The Real Princess
Composed in 1964 to mark the occasion of a visit to Cecil Sharp House by the Society’s            then President, Her Royal Highness, The Princess Margaret. 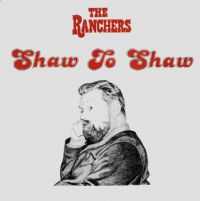