The Ranchers - Rags to Rituals

By 1977, The Ranchers Big Band was in existence, giving about four Concerts a year all round England. The five-piece Folk Dance Band was expanded, by means of close folk ’friends’, to an eleven piece Band that gave an opportunity to perform their ‘indulgences’ in front of an audience who had come to listen rather than dance!

By Clicking the       in front of each track, you will hear a small sample of that track

The Manx Suite
An unusual selection from the Isle of Man
Return the Blow, Hunting the Wren, Peter O’Tavy.

Rituals
A Horn Dance, a Rain Dance and “Tis a Gift to be Simple” with some relations!
Abbots Bromley Horn Dance, Abram Circle Dance, Simple Gifts,. The Alley-Alley-O,               The Glise de Sherbrooke, The Lord of the Dance.

Overture to H.M.S. Pinafore
A glance towards the light classical

18th Century Hop
A cameo of Bath at the time of Beau Nash
Theme from the Harmonious Blacksmith, Minuet in G from the ‘Anna Magdalena                    Notebook’,Parson’s Farewell, Mr Cosgill’s Delight, Up Tails All. 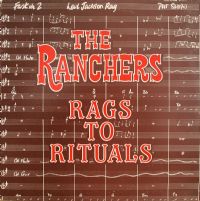